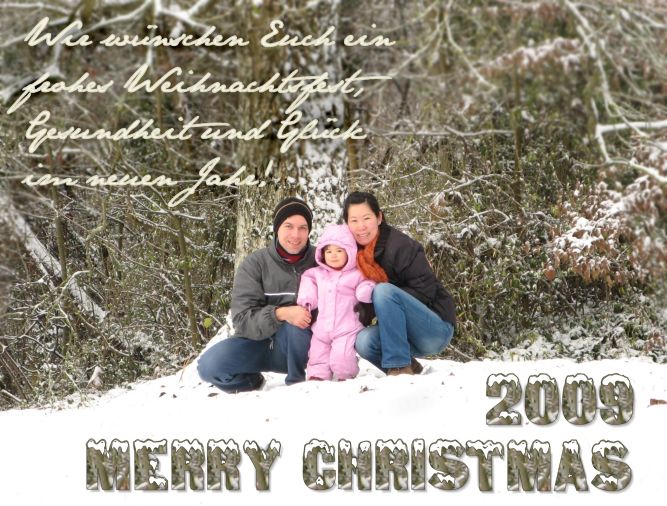 I just upgraded my wife's laptop to Ubuntu 9.10 Karmic Koala. Very smooth upgrade experience; the update detected the few modifications I did to some system files, and asked me how to proceed. I could even get a diff of the changes, so it was very easy for me to remember what the change was for (an AppArmor hack (see previous entry) that isn't necessary any more, a tweak to enable the built-in laptop speakers; testing showed this now works out-of-the-box, too, and automatic installation of non-critical fixes, which I've re-applied for the Karmic repository). A non-technical user probably would have been overwhelmed by that, and just chosen overwrite, which would have been okay, too.
Unfortunately, the update also quickly showed up an annoying but harmless regression.
There are very few visible changes (which I appreciate); the default color scheme contains a slightly darker window title color. The new startup splash screen is supposed to be cool; I don't like it, and on my wife's laptop, there's now a brief return into text mode, which kind of ruins the visual smoothness of the boot animation.

Finally, the Ubuntu freezes have been fixed. Well, unfortunately, not in Jaunty, but in the upcoming Karmic. I've manually installed the updated xserver-org-core package. Unfortunately, this had the side effect of preventing cupds from starting, and thus a complaint from my wife: I cannot print any more!.
A quick research showed that AppArmor's security settings caused the daemon to abort, and I found a workaround that made it start up again. I reported this in the bug's comments, and no 25 minutes passed (on a Sunday!) until someone added a link to an existing bug in AppArmor (also fixed in Karmic). This level of community and support is really awesome! Thanks, Ubuntu!

Another Ubuntu freeze. This time, I could ssh into the system and start htop; the X server was consuming 100% of CPU. I was able to dig around a bit, but after ten minutes, the connection died again, and the system stopped pinging. After five more minutes, I took down the system via Alt-Gr SysRq + REISUB.
I turned off Compiz effects (System > Preferences > Appearance > /Visual Effects\ > None) to see whether that'll make any difference.

The Ubuntu laptop is still locking up while VoIPing with Skype. Just had one such incident; after a few minutes, the system starts reacting again and is back to normal. I found entry in Ubuntu Forums and a bug report on lockups, but no solution yet (other than to avoid using Skype).

In the meantime, I've also installed Ubuntu on my wife's former notebook, a HP Pavillon zv6000. On this machine, I had to manually install a Broadcom b43 driver for WLAN; once I found the excellent howto, the installation was smooth; it even automatically downloaded and then extracted the necessary proprietary firmware. On the other hand, the proprietary ATI driver didn't work (just a garbled mess on the screen), but Compiz effects are still available.
I sync'ed the package inventory from the new system (via dpkg --get-selections) to the old; with this, I got a nearly identical system without much effort. This old system will now be shelved for emergencies or to try out something. 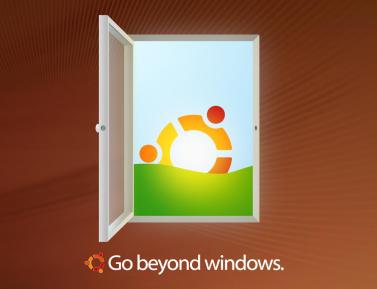 Ubuntu — recap after one month: My wife is working daily with her Ubuntu 9.04 notebook. Standby-resume is working flawlessly now, and we didn't have any system crashes yet. Only Skype continues to be fickle and destabilizing: During calls, it totally (no mouse movement, no caps lock-indicator change) froze the system for a few minutes, then suddenly unblock the system with everything back to normal except for the sound. Reconfiguring the sound output to pulse (as one post recommended) didn't help, but I found a workaround via a special .asoundrc for Skype. Long VoIP calls still abort occasionally, but do not freeze the system. I attribute this to Skype version 2 (vs. version 4 on Windows). Too bad we cannot switch VoIP apps due to our counterparts.

For downloading photos from the digital camera, one could use either F-Spot or gthumb-importer. We would like to have photos downloaded into a YYYYmmdd subfolder. The former sorts photos into a YYYY/mm/dd directory structure (and has a fixed, but not yet released bug that ignores the configured photo base directory), whereas the latter uses a quite-close (but also not configurable) YYYY-mm-dd - hh:mm subdirectory (which can be manually overridden), but creates this only based on the download date, not the photo creation date. After much experimentation, we stuck with F-Spot.

Finally, I have a rsync-based backup script in place, which syncs my wife's home directory with a backup directory on our NAS server.

boot time: Ubuntu vs. Vista: After reading that Ubuntu 9.04 implemented some enhancements that should result in ~30% reduced boot times, I did some simple measurements. As both Windows Vista and Ubuntu 9.04 have only recently been installed, and can boot side-by-side on the same hardware, this should be a fair comparison:

Turns out that Ubuntu is slightly ahead of Vista on startup. Much more impressive is the super-fast shutdown time. I hope these times will not deteriorate as the systems accumulates cruft over time. (I hate it when my 4-year-old Windows XP notebook won't shutdown at all, due to some hanging zombie process that even hardcore tools are not able to kill.)

Ubuntu 9.04 "Jaunty Jackalope" on my wife's new HP Compaq 6735s laptop: The timing couldn't have been better; the Linux Laptop Wiki already reported good support of the previous Ubuntu version for this laptop, and I assumed that the new Ubuntu version would be at least up to par for this brand new laptop model.

I downloaded the x86 Desktop Edition CD image (nice that it still doesn't require a DVD, even though all important apps (Firefox, OpenOffice) are already included), and installed on the free 76 GB that I was able to wrestle from Vista. (32 GB root partition, 60 GB /home, both ext3, remainder 7 GB swap.) After a gratifyingly quick install, the system showed a bland Grub welcome screen (the one from OpenSUSE 10 looks a lot fancier), and booted Ubuntu without problems. After manually configuring the WLAN, the system was alive and kickin', and the fine-tuning could begin. It took me about 20 man-hours (spread over four days) to shape the system into something that I could deliver to my Linux-neophyte wife.
I'm glad that many things "just worked" out of the box; however, there were some issues that required research and tinkering:

So overall, I didn't have to compile my own kernel, patch any executable, or resort to any other dirty hack that I might regret later on. Basic Linux knowledge is still required, and one mustn't be afraid of the shell and command-line tools. Because Ubuntu is such a popular distribution, practically each problem is already covered by some Linux forum, often directly in an Ubuntu or Ubuntu-users forum. (However, this doesn't mean that each issue has been resolved; sometimes, the post just ends with I've already reported this for Hardy; I wonder why nobody else has complained about this…)
I would say that one needs a similar proficiency for Windows Vista and Ubuntu Jaunty Jackalope, as both operating systems offer a similar level of functionality and complexity. Windows users still have the big advantage that every hardware and software vendor ensures that this platform is fully tested and supported, while Linux hasn't reached the critical mass yet to be accepted into that club. It is a shame (but understandable from a purely financial point-of-view) that some vendors (Skype, Flash player) still treat Linux as a second-class citizen.
Despite the fact that most Linux apps are open source and free-of-charge, the quality is surprisingly good; a testament to the many volunteers and open development communities. For a software developer, it is very reassuring that when push comes to shove, there is always the option of delving into the sources, and fixing that annoying thing by yourself. (Even though most of the time, you have better things to do; but filing a bug or enhancement request just takes a few minutes.) In the Windows ecosystem, one is much more reliant on a bunch of vendors, professionals and shareware authors.

Windows Vista - yuck! I've tried to avoid this as long as I could, and I've prepared for the day that I'll part ways with Windows XP for good by exploring Knoppix, OpenSUSE, Fedora and Ubuntu (the latter being my favorite!). Nonetheless, my wife's new HP Compaq 6735s low-end laptop comes with Windows Vista SP1 Home, without a downgrade option to XP. I'll try to install Ubuntu 9.04 (which will be released in two days) onto it. If my wife has to accustom herself to a new OS anyway, why not wean her off the Microsoft monoculture? In the meantime, I'm spending my time looking around and configuring Windows Vista, to have a fallback if the Ubuntu install won't work. (My must requirements: WLAN support, functional standby or hibernate, Skype; high want: Skype with the built-in web cam.)

But it's not just Microsoft, the notebook vendor (HP) contributes to the bad user experience, too:

Enough ranting. Overall, I'm happy that the hardware didn't malfunction (should have stressed it enough by now), and that I was able to somewhat tame the Vista monster. I am pleasantly surprised that (though with hurdles), I was able to shrink the partition to the desired size without harming Vista. If the Ubuntu install works out fine, I will only leave Vista on the hard disk in case my wife ever needs some Windows-only software.

Warning: Visiting my web site may harm your computer ;-)

What sounds like a bad joke was actually a Google slip-up that lasted from 15:30 to 16:15 - globally, for each and every web site.

At home, my wife noticed first, and anxiously asked me why she suddenly could not click on any search result.

This shows what happens to our daily lives when such a crucial piece of infrastructure fails to work properly. Fortunately, there was no real damage on all those sites, so keep reading. (This web site may only harm your brain, but you should have known that already ;-)